How the Mind and Body Work Together 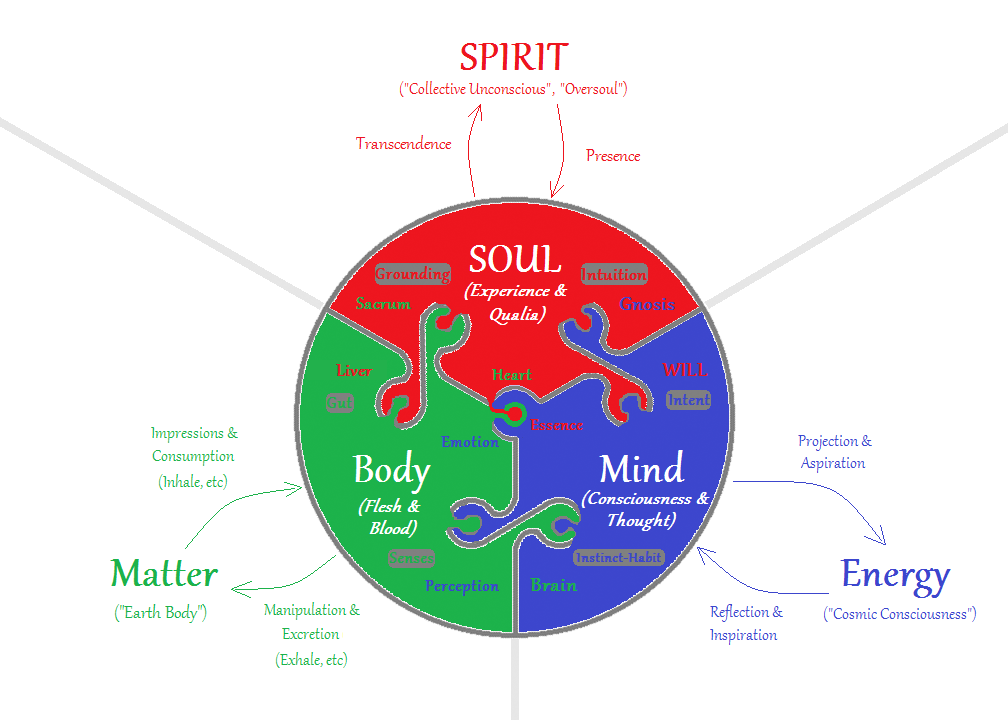 You’ve probably heard, somewhere in the journey of life, that “the mind and body work together.”
This is a popular belief in ancient religion, in holistic medicine, and in spirituality.  Dr. Mark Hyman is quoted saying, “what is in your body… is in your brain.”

The idea is this – what poisons the body, poisons the mind, and vice versa. The idea is not wholly unrealistic – there is an entire branch of medicine known as psychosomatic medicine that focuses on non physical causes of disease, including environmental and psychological factors. This means that there is, indeed, a quantifiable link between your mind and your body.

The most obvious examples of psychosomatic behaviour is that of fear or anxiety. Nervousness – imagine yourself going to do your first public speech, or go on a date with the most beautiful girl you’ve ever seen – causes muscles to clench and heartbeat to rise. More intense forms of fear cause the fight-or-flight system to engage, causing sweating, intense heartbeat, and increased breathing.

Psychosomatic medicine shows that emotion can influence the course of any disease, not just those caused by something mental. This means that it’s important to maintain a positive mindset if you’re battling a disease – particularly something long-term, like cancer.

The phenomenon of hypnosis is another affirmative towards proving the mind-body interaction. Subjects studied under hypnosis were told that they would be poked with a red-hot poker when, in reality, simply being touched by a pencil. The body produced blisters where the pencil touched the skin, further confirming the mind’s ability to affect the physical body.

“I don’t get angry. I grow a tumor instead.” -quote from Woody Allen’s movie, Annie Hall

Quantum physics has been putting ample study into the idea that modern physics has grasped its worldview wrong. We are starting to discover not that the mind and consciousness arises from matter, but that matter arises from consciousness. This implies that consciousness itself is the fundamental building block of the universe, and all that we see is secondary.

This goes to imply that matter is manipulable by the power of mind. This is a difficult case to prove, since science cannot yet measure the effect or significance of a thought. However, through conscious manifestation, positive intention, and psychosomatic illness, consciousness proves itself consistently to have an effect on matter despite being nonphysical.

In a bit of an ironic twist, a study was done to evaluate the physical health of dualists.

Because the body, in extreme dualism, wouldn’t be responsible for the perpetuation of mind, it can be neglected without long-lasting damage to the mind.

One must harmonize their bodies with their minds to operate at full capacity. Giving preferred treatment to the mind or the body will lead to neglect of the other, which, in turn, will damage the other.
The dualists in question suffered negative health effects, because they were more concerned about the state of their mind than the state of their body. Most of us would think this is silly, and it is. The mind will deteriorate if the proper nutrients aren’t absorbed through the body to energize the mind.

If one spends a month meditating and refuses to eat, their body will be upset. Their nutritionally deprived body will become a drain on their mindstate as they’re forced to find food. Likewise, if one spends a month eating chips and refusing to think about the damage they’re doing, they will eventually find themselves hospitalized. The mind will suffer here, from regret, boredom, and depression.

The mind and body may be observed in separation, but they function in a closed system. The effects of the mind – thoughts, intentions, wishes, and feelings – have a profound effect on the body, and maintenance of the body is absolutely necessary to ensure a well-functioning mind.

Written by Nigel Ford who’s writing career has spanned many satisfied clients, several newspapers, magazines, a novel, and endless freelance articles. He’s an addictions counselor with personal experience,  studying nutrition, a comic, and an adventurer – both in life, and in writing.

The post How the Mind and Body Work Together appeared first on WisdomFeed.