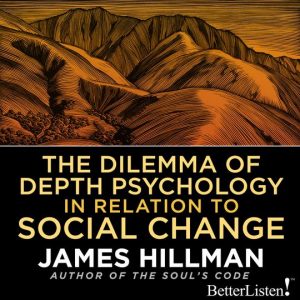 Perhaps this is why it is so important to the soul to hear the stories of courage and glory, of beauty and faith. Because, these heroic remembrances and honoring strengthen and feed not the immovable, isolated center in heroic imitation, but the invisible guests.

“Hence Homer and the epic tales of the Bible keep a human civilization going on by nourishing the inhuman spirits. They seem, those spirits, they seem to love a good story. They especially seem to like to hear about themselves. This interpretation of Mr. Liu’s refusal invites reflection on the importance of ancestors who back you up. How do you observe them in your days? The importance of the groups you join, the loves you enjoy, the mentors you learn from, the figures you venerate, and the articulation of your ideals. How are you keeping your spirits alive?

To what degree does the way that you live your ideals foster an imaginal presence that might become a member of an interior community of a person like Mr. Liu in extremis? How do we imagine ourselves living in such a way that we may become members of the spirit world or ancestors? And how does this question bear on the search for ethics which so absorbs our political world?

…..After release, he married the woman who waited for him during the imprisonment. Mr. Liu reports that while he sat those years on the stool staring at a wall, he tried to kill himself by not eating. He played mental games. He conjured visions of food. He counted minutes. He speculated about astronomy and black holes and much else. But now just this important bit of data. I quote, Mr. Liu said that he often considered escaping from the stool by signing a statement of self-criticism. People have come from Beijing and told me that all I had to do to assure a successful future was to sign a statement saying that I had made some mistakes in my thinking. It did not involve naming anyone. As I sat there, I would think it is a lie and they know it is a lie. So why not do it and stop suffering? But then I would imagine them coming into the cell, putting the paper in front of me, and at that point, I knew I could not do it.”

The post The Dilemma of Depth Psychology in Relation to Social Change – James Hillman appeared first on .