Peter Pan Syndrome — Adults Who Refuse To Grow Up 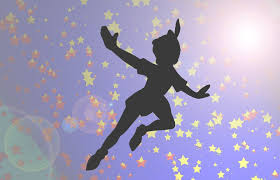 A recent article from Page Six discusses Reality TV & Peter Pan Syndrome, a concept our author John Lee uses to refer to adults who refuse to grow up.
From the article:

Dr. Dan Kiley coined the term “Peter Pan Syndrome” in 1983 after noticing a rise in irresponsibility, anxiety, loneliness, narcissism, chauvinism, social impotence and despondency in his patients. “It’s not life-threatening, so it’s not a disease. But it endangers a person’s mental health so it’s more than an inconvenience,” Kiley wrote in “The Peter Pan Syndrome: Men Who Have Never Grown Up.”
He also noted that “victims” of “Peter Pan Syndrome” fought to balance being devoted to and despising their partner, acting gregariously and feeling lonely, and most notably, being faithful and being flirtatious — behavior very familiar to anybody who has tuned in to reality television.
“When [they are] casting a show like ‘The Bachelor,’ oftentimes producers look for people with more intense personalities,” Dr. Jenn Mann, the executive producer and host of VH1’s “Couples’ Therapy with Dr. Jenn” and VH1’s “Family Therapy with Dr. Jenn,” told Page Six, noting that the ideal person has “less impulse control, [is] more likely to create conflict and make for interesting TV.”

Check out the full article here.

The post Peter Pan Syndrome — Adults Who Refuse To Grow Up appeared first on .