Men and the Wound Preview I with Robert Bly 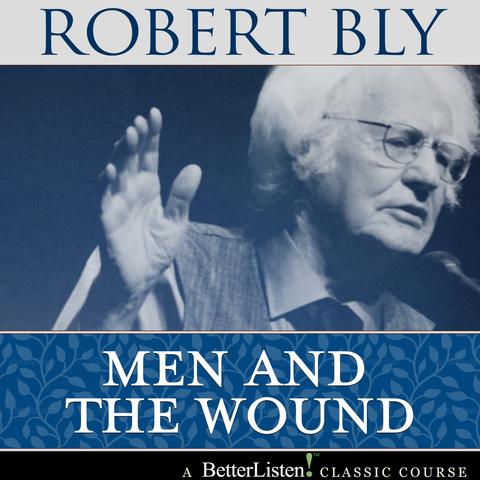 We are pleased to bring you part I of Men and the Wound with Robert Bly.  A mentor can guide a young man through various disciplines, helping to bring him out of boyhood into manhood.  We hope you enjoy part I of the excerpt…

Well, I remember telling this story, and I said to the audience, “So, why is there a wound here?” And a woman said, “Whenever you’re doing something serious and important, there’s always a wound involved. You can’t escape out of your old habits without a wound.” Do you know what she was saying? There’s going to be a wound. Whatever you do as movement, there’s going to be a wound. So, I think that’s right.

So, what is the wound? Well, as I mentioned, releasing the wild man is really the same thing as stopping to be a mother’s boy, and you have to give up that admiration you got from your mother. The male ego is very weak, really, in many ways, and it loves that admiration from the mother. “Oh, you’re the best. You’re so wonderful. You’re father’s a creep, but you’re wonderful.” We’re addicted to that. So, he’s not going to get that now from the wild man. Do you feel it? He’s not going to get that sort of adoration. So, there’s a wound there in doing that.

And then, you know, there are very strange things involved. For example, Achilles was wounded exactly in the place his mother held him when she dipped him in to become immortal. She was holding him by one tendon on one leg, and she dipped him in, and that’s the only place it didn’t touch, and that’s where they later killed him. Can you feel the connection there? That’s called the Achilles tendon to this day. So, our mothers wanted to make us immortal. It didn’t work, though.

So, leaving a mother’s force field isn’t easy, and there’s a lot of pain in not breaking with the mother, and especially when she says, “I’ll make you sort of invisible if you’re going to be my little man.”

Listen to free audio preview
More about the author

The post Men and the Wound Preview I with Robert Bly appeared first on .