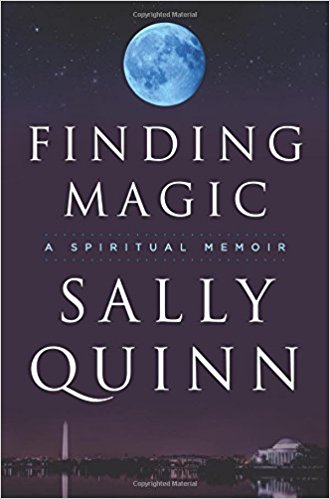 Who made the world?

Who made the swan, and the black bear?

Who made the grasshopper?

This grasshopper, I mean—

the one who has flung herself out of the grass,

the one who is eating sugar out of my hand,

who is gazing around with her enormous and complicated eyes.

Now she lifts her pale forearms and thoroughly washes her face.

Now she snaps her wings open, and floats away.

I don’t know exactly what a prayer is.

I do know how to pay attention, how to fall down

how to be idle and blessed, how to stroll through the fields,

which is what I have been doing all day.

Tell me, what else should I have done?

Doesn’t everything die at last, and too soon?

Tell me, what is it you plan to do

with your one wild and precious life?

Recently I came upon this perfect Mary Oliver poem, which I felt spoke directly to me. Its questions were mine: “Who made the world?” Its admissions were mine: “I don’t know exactly what a prayer is.” Rereading the lines sparked hours of reflections—more moments of contemplation, more memories of people and places in my life that have stayed with me forever, memories that felt magic.

I believe in magic. I always have. In certain ways, magic was my first religion, the one I was exposed to as a child and that has infused my days and imbued my life with meaning ever since. My own concept of faith was filled with mystery, no doubt influenced by my upbringing in the Deep South where I was surrounded by active ghosts and the practitioners of voodoo, occultism, astrology, palmistry, tarot cards, and psychic phenomena. Through the years, from those early childhood days of wonder to this very day, I have been redefining and expanding on the meaning of magic, and examining what I sought and what I found.

Starting from a very early age, I thought of myself as someone who didn’t believe in God: I labeled myself an atheist as soon as I heard the word and understood what it meant. Most of that time I was not just an atheist but an angry atheist.

Throughout these years of self-proclaimed atheism, I didn’t pick up on certain obvious clues that kept presenting themselves. I recall that one of my favorite cartoons pictured a young child asking his atheist father, “How do you know there’s no God?” The father replied definitively: “You’ll just have to take it on faith.” I knew enough to laugh at that, but somehow a possibly more important interpretation didn’t sink in.

At that early stage, I was probably closer to being an agnostic (another word I didn’t know), but later I rejected that descriptor. I thought that any follower of religion was by definition an agnostic because we have no proof of the existence of God. Agnostics are doubters and skeptics because they have no real evidence to fall back on. My favorite bumper sticker, which nearly caused me to wreck my car the first time I saw it, has always been “I don’t know and you don’t either.”

For decades, my dogmatic thinking kept me from recognizing how full of faith I really was. Ultimately, I discovered that I was never an atheist at all. I was actually a person of deep faith.

Once I realized that neither label—atheist or agnostic—fit me, I had to figure out what faith really meant. I knew that my own version was sparked by a sense of mystery and inexplicable

enchantment. There were episodes in my past that were extraordinarily vivid and mystical. The ability to recognize the sacred quality of these experiences helped define my own beliefs. New layers of life opened up to me when I stopped resisting.

In the process of exploring my own concept of faith, I realized I wanted to know more about how others—close to me and far away—experienced and lived their faith. Ultimately, these questions led me to found the website On Faith for the Washington Post. When I started the site, it was all about “organized” religion, mostly from the point of view of politics and foreign policy. Remember: about 85 percent of the world’s population is guided by some traditional religion.

In the beginning, I approached my subject strictly as a journalist. Or so I thought. I questioned the whole rationality of faith. How could all these people around the world believe things that made no sense to me? How could their beliefs inform their lives the way they did? What I didn’t realize then was that my interest was far more personal. I just wasn’t ready to acknowledge it.

I eventually became aware, through studying, reading, talking, writing, and contemplating ideas I had never been exposed to, that most people (including me) were using some version of faith for the major issues they confront on a daily basis—love and loss, life and death, joy and despair, hope and spiritual chal

lenges. Of course, we are all handling these questions in an infinite variety of very personal ways, bringing to bear our own backgrounds and embedded beliefs. For me faith includes magic.

When I originally signed a contract to write this book, my plan was to focus largely on the founding of On Faith and my reasons for developing it. I thought I would likely also write about a few stops along the way in my personal search. But when my husband, Ben Bradlee, died nearly three years ago and I began to internalize my grief and process the loss of Ben in my life, that plan changed. Looking closely at and dealing with my pain gave me a new lens to survey some of the major events in my past and to see whether I could try to understand the meaning of my life—with Ben and without him. It was only then that I began writing this memoir. The spiritually overwhelming years just before Ben’s death as well as those since have made writing this book a richer experience. The process has surprised me in ways I never expected.

This is not a how-to or a self-help book, although I hope that some of what I write about caregiving may offer something useful to others. I would never presume to tell people how to live their lives. This is simply a book about what worked and works for me—or what didn’t work, as the case may be.

Once I would have said that most of us are looking for answers. In my quest for meaning, understanding, wisdom, and certainly a sense of the divine, I found that the questions were equally if not more important than the answers. For example, some believe that we have one life and others believe that we have many. That’s simply one of the questions that arise in any discussion of faith. I believe it’s legitimate to explore all the possibilities.

The stories I’ve focused on here were events and stages in my life when answers were elusive and questions abounded. It was by continuing to ask questions that I moved along my path. Each story had a moment where meaning crept in, where there was some revelation, a flash of recognition of something consequential and illuminating. Often these epiphanies—fleeting as they may have been—were incredibly important to me, but I didn’t understand why at the time. Only in retrospect has their significance become clearer.

I’m fascinated by memory, by what our minds store, by how and why we remember certain happenings and feelings but not others. How could my siblings and I remember things so differently? What was it about these stories that resonated with me, that made them somehow sacred? What did I learn from them? What questions drove me to ask about these episodes in my life?

How did they contribute to my spirituality? What magic did I find there? Myriad questions again . . . But I have faith that if I keep embracing the questions, I’ll always be moving forward. As Rainer Maria Rilke suggested, “Live your questions now, and perhaps even without knowing it, you will live along some distant day into your answers.”

Looking back, I am astounded that I didn’t realize earlier how pervasive spiritual questions and issues are in our lives. They give structure, purpose, and meaning for how we love and live, doubt, mourn, and celebrate over time.

Everyone needs something to believe in. It is simply part of the human condition. I feel sad that I didn’t see this sooner and didn’t take advantage of the opportunities for living an even fuller life. Because I didn’t identify myself as a person of a specific religion or faith, I had the misguided notion that I was less open to any true spirituality. It never occurred to me that my childhood experience with magic was not disqualifying at all but would become the seed that grew into the faith I have today.

Nobody can get inside another person’s mind or heart. Nobody can tell you what is going to make you feel better, what is going to assuage your grief, lessen your pain, add to your joy and exultations and your own sense of magic and meaning. For everyone faith is different.

Enjoyed this sample? Check out the rest of the book here.